Well this is ridiculous, I was going to say happy {insert correct month here} to you guys, but I just got seriously confused about which month it is! This may say something about how tired I am! I’d like to say I’m Astonished but I’m not surprised.

As the title suggests there have been some life changing events as I’ve welcomed a baby into the world. It’s been a little busy, but the tiny beast is currently asleep so I’ve snuck away to take care of some typing!

I’m still working on the final three chapters of the Poisoned Well, and I’m so proud that this project is continuing, even if it is slowly! Line by line, paragraph by paragraph it will be finished!

In the meantime a brand new release is available for download!

Hope is a second short-story from Arenith. It also takes place during the events of Burning Embers and has some characters you might recognize…

I’ve also reached my second target of sales with Burning Embers! 50 copies sold! I know it’s a rather modest target, but I’m so excited to have so many people read my book. They seem to be enjoying it to! There are some new reviews popping up!

**** This story was gripping throughout, and you want to see Feia through her whole journey. Probably my favourite character was Vesta, Feia’s friend who winds up travelling with her. I couldn’t help but be swept up by her. There is a depth there that made me so vested in knowing more about her.

What I loved about this book was that it brought in so many strong women, but they were all strong in very different ways, and not all of them in a way that helped others. Feia herself developed far more strength as a result of being around these women, though she still found her own way of expressing and using it. – Pysgrad April 2018

*** I enjoyed Burning Embers. It certainly starts out with a bang… I wanted more. More of everything. But I think that will make me enjoy reading book 2 to satiate that craving. – March 2018

**** This was a really good book!! It was hard to put down! There is magic and a little romance and friendship all mixed in! – Dec 2018

Finally, in my connection without writers and artists I’ve come across this author whose box-set is releasing this week!

The Complete Story has just been released on amazon! A fresh box-set release this week it’s receiving excellent reviews and is a real gem of a find.

The Dead Walk. Magic Has Returned. The Netherworld Awaits.

Death plagues Isolde’s village and everyone thinks that the demon, Orlog, has returned from the northern wastes. Isolde knows it is true because she hears the demon’s voice whispering for her. But as the pox spreads, no one has time to listen to Isolde or her warnings.

The wanderer, Skaldi, hears Isolde though. He believes that she is telling the truth, because he knows that her future is tied up with the fate of the north lands. For Isolde is a netherwalker – one who can pass the veil of death unscathed, one who is a dancer between worlds! But Orlog knows the truth too and Isolde realizes that the demon never wanted her village… but only her soul!

While the land is torn apart by war, demons and the undead rise to rip apart the world. Isolde is forced onto an epic quest to end the evil that threatens her world. But it is not just her soul on the line, but the fate of all humanity.

The Isolde Saga is an epic fantasy series. If you like fast-paced adventure, heroic deeds against impossible odds, and magic darker than the abyss, then you will love this fantasy adventure.

I also just wanted to say a huge thank you for all of your support so far! Have a lovely May and happy reading.

Burning Embers is set in Arenith, an empire that has been crumbling for three hundred years. Now, with all of the edits to bring my novel to print and publication; chapters and additional story arcs have been brutally hacked away; until now.

I’m delighted to release: The Last Charter. It’s a short story set in the world of Arenith and might just tie in with the events of Burning Embers… but I’m not giving too much away about that!

The Last Charter is available for free download: here! 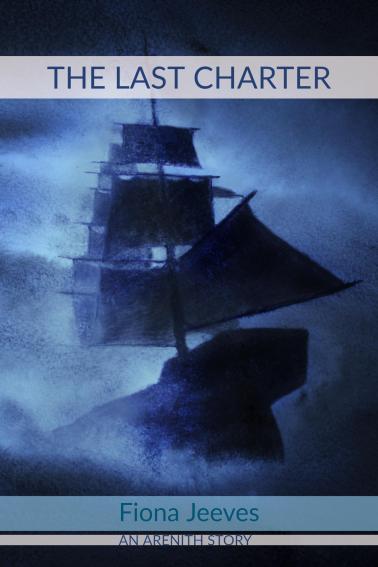 I hope that you enjoy it! I love hearing from you all, so please feel free to leave comments about the cover or the story itself!

There will be more short stories from Arenith to follow, along with some from the other worlds that are floating around in my imagination.

In the meantime – two weeks before Burning Embers is released! Argh! You can still pre-order on Amazon, or for a signed copy with limited artwork print directly from yours truly: Shop.